Up until the 20th century, Bologna had a fuctioning dense network of canals. It was used to actuate watermills and as a means of connection and transport for trade.

During the 20th century this network was paved but, in certain spots of the city you can still see some canals. The most famous of them all is Canale delle Moline, which you can see from the suggestive, little window of Via Piella and, of course, from my picture below.

This corner of Bologna is known as “Little Venice” and it is one of my favourite spots in the city. I definitely have a weakness for buildings that seem to grow up out of the water. 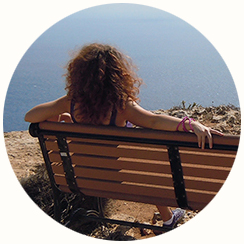